Get a quick understanding of how Cerule Products help you to live a full and enjoyable life.

Every kid learns at a very young age what to do in case of an emergency.

You see a fire you dial 9-1-1 after that the first responder system kicks into gear. The type of the emergency and the location is quickly assessed the local firehouse is alerted the firemen are on the truck and out of the firehouse at light speed and the truck takes the fastest route to the scene to put the fire out as quickly as possible

Your body has its own first responder system

What most people don’t know is that your body has its own first responder system. One that operates on a cellular level, and keeps little fires from becoming big problems.

Every day we have cells that become damaged or die. When this happens those cells need to be replaced quickly. The urgency is because the cells around them will start to work harder to make up for the lost functionality of the dead or damaged cells. This increased workload can cause them to burn out faster so the cells around them start working harder, and just like that you have a little fire starting to spread.

Fortunately, our bodies have the ability to make their own biochemical 9-1-1 call. The call is routed to your bone marrow – the local firehouse where your adult stem cells are alerted to the emergency. They spring into action, at lightspeed they are out of the firehouse and onto the roads and highways of your circulatory system. They then take the fastest route to the scene of the fire.

Once they arrive, the adult stem cells have the unique ability to replicate themselves and then transform themselves into whatever type of cell is required to replace the damaged or dead cells, thereby putting out the fire.

For this reason your adult stem cells are your body’s first responder cells, Responding to thousands of little fires every day that you’re never aware of because they never get big enough to cause a problem or damage.

Now here’s the dilemma… even under ideal circumstances your cellular first responder system may only operate at 100 efficiency until you reach the age of 20. After that it becomes less efficient every single day.

Your first responder cells are still ready and willing, but because of something in your bone marrow called l-Selectin, many of them remain stuck in the firehouse and unable to get out onto the roads. By the age of 50 only about half of them may be able to respond and by the age of 65, the response rate may drop down as low as 10 percent!

Each Cerule product works in synergy with the others

Thankfully we have Cerule. Cerule is a reputable biotech company that offers a premium product line with the science and research to prove their efficacy. Each product works in synergy with the others to optimize your first responder system.

Our flagship product StemEnhance® Ultra temporarily suspends the stickiness of l-Selectin so that the firemen can get out of the firehouse and onto the roads.

In some of our bodies that only solves part of the problem. Once they are on the roads they want to go as fast as possible., however, imagine a road filled with debris. This debris is the fibrin mesh that builds up over time trapping red blood cells and slowing everything down.

That’s why we developed PlasmaFlo®,  a product that is clinically proven to remove the debris and allow the firemen to move quickly to the location of the fire.

But there can still be one final obstacle to overcome. Roadblocks

Inflammation in the body can create roadblocks that prevent first responders from reaching their location. This means your first responder cells have to find an alternative route if one even exists. This is where our product CyActiv® comes into play.

CyActiv®  is clinically proven to reduce whole body inflammation. It obliterates roadblocks allowing your first responder cells to take the fastest and most direct route so that those small fires can be dealt with before they become a big problem or cause damage.

A unique solution to your individual problem

Without question everyone’s body is unique, therefore what’s needed to optimize your first responder system may be unique as well. Maybe your only issue is that your adult stem cells are stuck. Maybe they are stuck AND you have debris…whatever your combination is, we can help.

Once you supply your body with the right combination of Cerule products to optimize your first responder system, no more little fires becoming big fires… no more cities burning down… and you are not only on the road to feeling better.  You are on the road to being better and becoming the best you possible!

You have questions.
Let me help you find the answers.

Hi, I am Ian Davies.
I began working with the first generation of these products 30 odd years ago. Over that time I have shared my knowledge and experience with over 100,000 people.

One thing I have learned over the years is that everyone is unique, with unique issues and concerns. So let me make an offer to you.

I love helping people. If you reach out to me, I will help you too. I’ll help you decide if our stem cell solution is right for you with absolutely NO pressure and NO obligation. 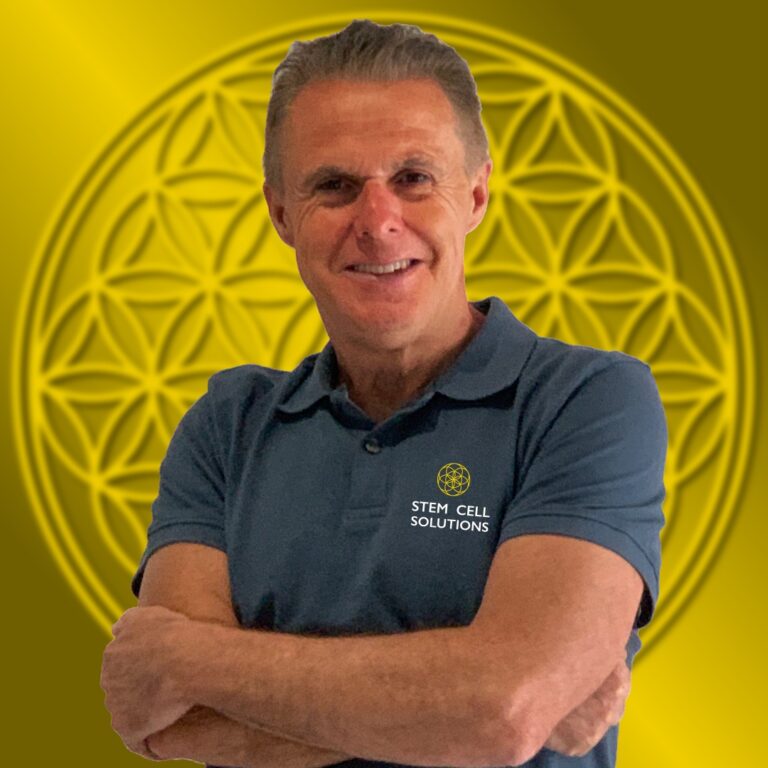 I will listen to your personal needs, your situation and your concerns.

Your personal questions will be answered swiftly and clearly in plain english without having to read mountains of technical information that might not be relevant to you.

WE OPERATE ALL OVER THE WORLD!

If you would like to receive a call, free-of-charge in your country , send us an email with your question, your country, your phone number and the best time to call.

Phone me in the USA

Phone me in Australia

Message Me in Whatsapp

Take me to the Cerule Order Page

Within three weeks of starting on stem cell nutrition, I noticed a definite improvement in my breathing. I could walk much farther without stopping to rest.
Lawrence ACustomer
I was diagnosed with M.S. 7 years ago. Now, with stem cell nutrition, my fatigue is lessening and my memory is beginning to get better. I sleep well and wake clear headed
Christi HCustomer
I had heart, prostate and bladder problems each requiring an operation. I so am grateful to have found these products at a critical stage with my health. I no longer need the operations and have been given a new lease of life
Tony HIBO
I endured a serious fire burn on 50% of my face which was absolutely traumatic. I have no physical or emotional scarring, which I believe is due to increasing my Stem Cell Nutritional products for a surprisingly short healing period of 6 weeks… This shocked all the Doctors & team at the Brisbane Burns clinic.
Jane HCerule IBO
I am 75. Recently I started an exercise program and even though I push the limits, I have no soreness or stiffness in my arms, shoulders or legs.
Lawrence ACustomer
I had RSI in my wrists—I started taking Stem Cell Nutrition. it took 3 months to be pain free and by a year later it felt like I had a new set of hands.
Linda HCerule IBO
Jacob is Autistic & has a very low immune system. He has been admitted to hospital including the ICU countless times for Bronchiolitis and Asthma, and febrile seizures… so as soon we hear a cough or see any sign of a runny nose we’re on high alert. He was sick last week for 1 DAY with just cough and lung tonic and Stem Cell nutrition. I still can’t believe it
SammyJacob's Mum and Cerule IBO
Previous
Next

These statements have not been evaluated by the Food and Drug Administration.
This product is not intended to diagnose, treat, cure or prevent any disease.

It's an honour and privilege…

It is an incredible honor and privilege to be able to share these incredible science-backed, natural products that are so foundational to total wellbeing. I am blessed to be able to help people improve their health and their financial prospects every single day.

If that is something that appeals to you, then let me help and guide you too. so

to find out more

or, to join immediately